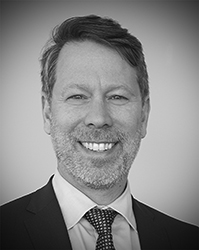 He was previously Acting Chief Electoral Officer at Elections Canada from December 2016 to June 2018.

In 2007, Mr. Perrault joined Elections Canada as Senior General Counsel and, in 2014, was appointed Deputy Chief Electoral Officer Regulatory Affairs. His areas of responsibility included Political Financing, Legal Services, the Electoral Integrity Office and Internal Audit, as well as Regulatory Instruments and Systems. After the realignment of the Agency's business lines in 2017, Mr. Perrault also became responsible for Public Affairs.

From 2003 to 2005, Mr. Perrault worked at the Privy Council Office in the Legislation and House Planning Secretariat, as well as in the Democratic Reform Secretariat.

After serving as a law clerk to the Honourable Justice Claire L'Heureux-Dubé in 1997, Mr. Perrault joined the Department of Justice as Counsel in the Human Rights Law Section.

Mr. Perrault was a member of the Quebec Bar from 1990 until his nomination and holds both a Master and Doctor of Laws. He previously lectured at the Université de Montréal and McGill University, where he was a Boulton fellow from 1995 to 1996.