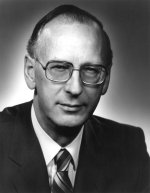 Jean-Marc Hamel served as Chief Electoral Officer from 1966 to 1990. During his term, the changes in electoral law and administration implemented included registration of political parties and the establishment of election expenses limits.

In 1970, the voting age was lowered to 18. Subsequently, the 1972 federal election was the first in which 18-year-olds voted, adding some two million young people to the electorate. Also, that year, electoral law was amended to disqualify British subjects from the vote who were living in Canada but failed to become Canadian citizens by 1975.

During the 1970s, measures to increase accessibility of the vote for electors with disabilities were put in place. They included locating polling stations in public buildings with level access and providing special templates to allow visually impaired persons to cast their ballots unassisted.

One of the most significant influences on electoral law in Canada has been the passage of the Canadian Charter of Rights and Freedoms, which came into effect in 1982. The Charter entrenched the right of all citizens to vote, subject only to "reasonable limits prescribed by law," and established a basis of appeal for anyone denied the right to vote.

Situations identified by challenges to the Charter led to another significant development during Jean-Marc Hamel's tenure – the appointment by the federal government, in 1989, of the Royal Commission on Electoral Reform and Party Financing.