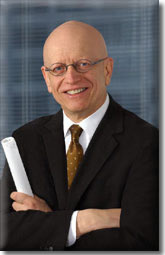 Jean-Pierre Kingsley served as Chief Electoral Officer from 1990 to 2007. During his term, he adopted a proactive role for his Office, recommending and promoting key initiatives to make the electoral process more accessible.

While ushering in reforms needed to comply with the Canadian Charter of Rights and Freedoms, he led Elections Canada into the age of computerized election administration.

In 1992, with the adoption of Bill C-78, Elections Canada gained a new mandate to inform and educate voters, particularly those most likely to experience difficulties in exercising their democratic rights.

Other achievements include the introduction of the 36-day election calendar, digitized electoral geography systems and products, and the establishment of the National Register of Electors.

Jean-Pierre Kingsley also presided over a period of unprecedented technological change, including the development of the Elections Canada Web site as a comprehensive tool for public information.

Following his recommendations to Parliament, the Canada Elections Act was amended in 2006 to authorize the Chief Electoral Officer to appoint returning officers.