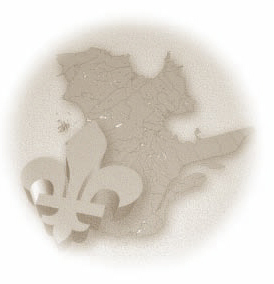 Since 1792, the date of the first legislative election in Lower Canada, there have been 60 general elections and four referendums in Quebec. During that time, the various reforms introduced have, on the whole, helped increase access to the vote and encouraged voting. Indeed, while scarcely a few tens of thousands of people were entitled to vote at the end of the 18th century, almost 93% of Quebec's population aged 18 or over was on the list of electors for the 2003 election. The gradual evolution of Quebec's electoral system, particularly in the last few decades, testifies to the government's intent to make the electorate, including certain groups with special needs, central to its concerns. 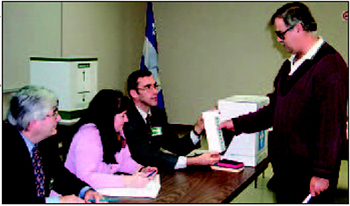 Voters with visual disabilities may use a cardboard template to help them mark the ballot in Quebec's provincial elections.

While Quebeckers made major advances in democratic and political rights over the years, it was only in the 1960s that provisions were introduced into Quebec electoral law to facilitate voting for people with disabilities and those in hospitals. Then, during the May 1980 referendum, some polling stations were made accessible to people with disabilities who wanted to vote in advance. During the November 1980 by-elections, people with visual impairments were able to vote with the help of a template. And in response to the needs of electors with limited mobility, since 1985 the Act has required level access at all revision offices, advance polls and returning offices.

A new version of the electoral legislation was adopted in 1989. The changes included recognition of the right to vote of people with mental disabilities, unless they were under guardianship. The Act also introduced mobile polls for electors who are domiciled in and unable to leave their hospital, residential or chronic care institution or rehabilitation centre. This measure allowed them to register and then to vote without having to leave their rooms.

Since 1995, thanks to new legislative measures,Footnote 1 all ordinary polls must, except in extraordinary circumstances, be accessible to people with disabilities on election day. This measure made it possible to attain a 90% accessibility rate for people with mobility impairments during the 1995 referendum. During the 2003 general election, this rate exceeded 97%, thanks to the efforts that the returning officers made to choose appropriate sites or adapt them.

In addition, the electoral staff in polling stations are prepared to help people who find it difficult to vote. Then there are the special measures to facilitate voting for electors with disabilities or who are illiterate:

In 1998, a legislative provision was added for electors who are temporarily away from home to receive medical care, undertake a rehabilitation program or ensure the safety of themselves or their children. These electors may now choose to vote in the electoral district where their home is, or in the electoral district where they are living for one of these purposes.Footnote 2

The importance of information

In a democracy, access to information is a key element in allowing electors to make enlightened choices. This factor is particularly crucial for people with disabilities or with limited mobility, and for people who are illiterate or have little education. It is, therefore, of prime importance to send targeted information to them and adapt it to their needs, to give them an equal opportunity to vote. It is important to remember that the methods used to inform the Quebec electorate as a whole are not necessarily suitable to groups whose method of communication differs from that of the rest of the population, such as people with visual or hearing impairments. It is also necessary to inform some groups of electors, such as people with reduced mobility, of the measures specially designed for them.

Therefore, in the 1990s, with the development of new ways to facilitate voting for people with disabilities, the Directeur général des élections du Québec created a communication program based on the needs of this specific clientele. It was implemented during the 1992 referendum and improved during subsequent elections. Its goal is to give electors with special needs as much information as possible on the details of electoral legislation and on the methods available to give them easier access to voting.

During recent elections, the Directeur général des élections du Québec has made significant efforts in this area. Contact was made with the representatives of various target groups to inform them of the provisions of the Act and the means available to facilitate their access to voting, and to solicit their co-operation in disseminating this information to their members. More than 20 different information tools adapted to the needs of these electors were produced. They took the form of pamphlets, posters, letters, news releases and advertising messages.

In particular, the manual for electors was adapted to alternative media such as Braille, audio-cassette and large print, as well as video cassettes in Quebec Sign Language and American Sign Language. All televised messages were subtitled for people with hearing or visual disabilities. A teletypewriter for the deaf (TTY), which gives access to qualified enquiries officers, allows these electors to obtain information adapted to their mode of communication. Finally, throughout each election period, information on the special measures for these groups was sent to all media in Quebec, including some 20 specialized media and to some 1,500 affected institutions and organizations. 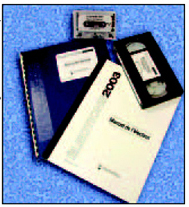 An elector's manual was provided in various alternative media for the 2003 election in Quebec.

For the 2003 general election, a pamphlet was produced showing the various stages of the election period. The last part of this pamphlet, representing election day, was turned into a poster to be put up in all polling stations. The pamphlet and poster, which are very visually oriented, with little text, were aimed in particular at groups who had difficulty understanding written information in French or English. They were thus sent to organizations involved with literacy or welcoming immigrants.

A great deal of importance was attached to the visual treatment of messages to ensure they reflected respect for people with special needs. In all types of communication with electors, the Directeur général des élections made sure that the text of the message incorporated the provisions of the Act that applied to them in particular and demonstrated awareness of and sensitivity to them. The message's content must meet the clientele's needs and, at the same time, the language used must be adapted to their individual realities. Thus, an advertising message on a given subject may be drafted differently, depending on whether it is addressed to people with visual impairments or people with limited mobility. When asking someone who is blind, for example, to check that his or her name is correct on the list of electors, the request must be phrased differently and he or she must be given the means to check that information.

Despite some falling-off in recent general elections, Quebec in recent decades has had one of the highest voter turnout rates among the world's democracies. The vote, with universal suffrage, is the ultimate expression of democracy and counts as one of the major assets of modern societies. We must preserve this right and the access to using it as one of the most precious of all rights.

The population is aging and society is changing. Trends are emerging and modifying the characteristics of Quebec society. In 1991, there were twice as many people under 15 as there were 65 and over in Quebec. It is estimated that, in 2031, the situation will be reversed. We know that there are clearly more people with disabilities or mobility impairments among the elderly. To keep voter turnout as high as possible, the electoral system must adapt to these demographic changes.

Being aware of this situation, the Directeur général des élections du Québec has set the following institutional objective in his Strategic Plan 2001–2005:

In the same spirit, the Directeur général des élections included a recommendation in his annual report to amend the electoral legislation to encourage as many people as possible to use their right to vote, given the new socio-demographic realities. And one of his research priorities for 2003–2005 is to study mechanisms to encourage the broadest possible exercise of the right to vote.

It was against this backdrop that the Directeur général des élections set up an internal working group to study different possibilities and their impacts. Advance polls, mobile polls, mail-in ballots and special voting in the returning office are among the voting mechanisms that were reconsidered and analyzed. This report should be submitted to Quebec's National Assembly in the spring of 2004 as a contribution to potential amendments to the Act.

Constant concern with improving access to the vote and facilitating voting for all electors, and particularly the elderly and people who are illiterate or have physical or mental disabilities, permeates the evolution of Quebec's electoral system.Footnote 3 This evolution confirms that any system has room for improvement. Ours enjoys solid foundations and valuable assets on which we must continue to build. 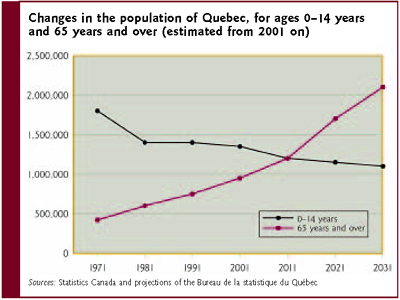 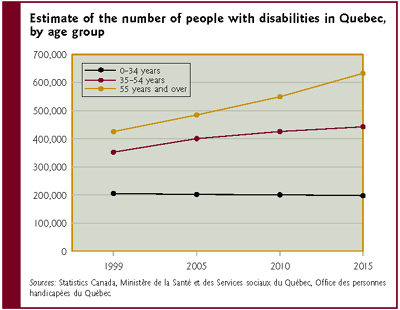 Return to source of Footnote 2 In a section of his Web site, the Directeur général des élections du Québec describes the various measures to facilitate voting, in particular for people with disabilities or limited mobility. See www.electionsquebec.qc.ca/en/measures_facilitate_voting.asp.