This document is Elections Canada's archived guideline OGI 2018-08 and is no longer in effect.

An updated version may be available in the Registry.

A regulated fundraising event is an event that:

Note: Fundraising events organized after an election or a contest for the benefit of a candidate or a contestant continue to fall under these rules. People continue to be candidates or contestants until they have fulfilled all their reporting obligations. 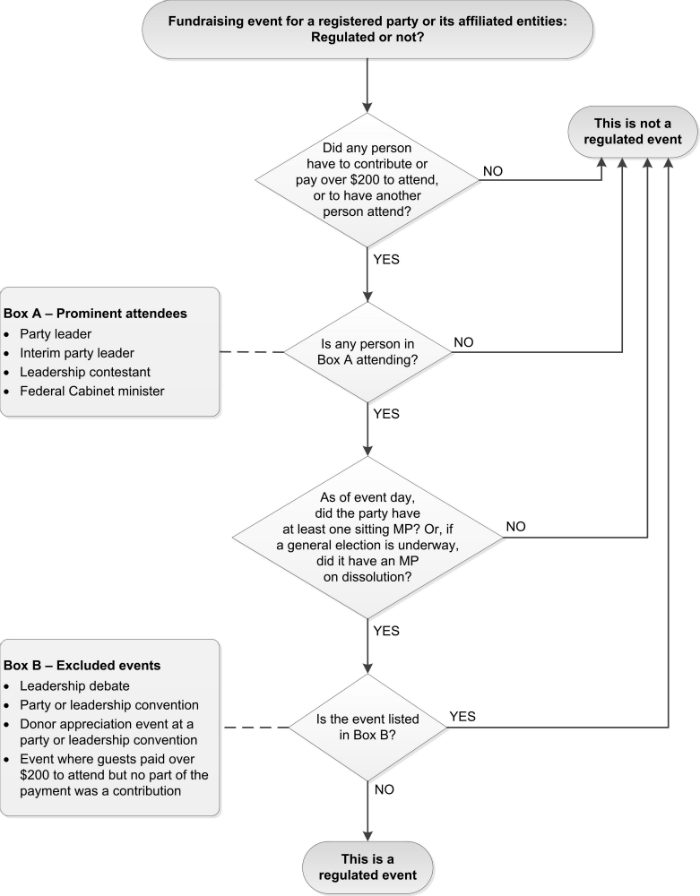 A regulated fundraising event is organized to benefit a registered party or one of its affiliated entities. In all cases, the party is the one responsible for disclosing the event to the public and Elections Canada. The party may need information from organizers to meet the disclosure requirements.