This document is Elections Canada's archived guideline OGI 2020-03 and is no longer in effect.

Click on the link for the latest Political Financing Handbook for Registered Parties and Chief Agents.

Note: These examples use the limits in effect for 2020.

Suzanne is being paid to manage the registered party's social media accounts. Suzanne has signed an agreement that lists the tasks she will perform and her hourly wage. Often, when she has finished her paid work, Suzanne volunteers for the party. This is an acceptable combination of paid and volunteer work. The expenses incurred under the agreement are expenses that have to be reported. The volunteer labour is not reported.

The contribution amount is the difference between the amount paid by the individual and the commercial value of any tangible benefits received. Tangible benefits include meals, lodging and any other tangible goods or services directly received by the convention attendee. The general expenses incurred by the party in holding the convention, such as room or audiovisual equipment rental, would not be deducted from the convention fee.

Note: These examples use the limits in effect for 2020. 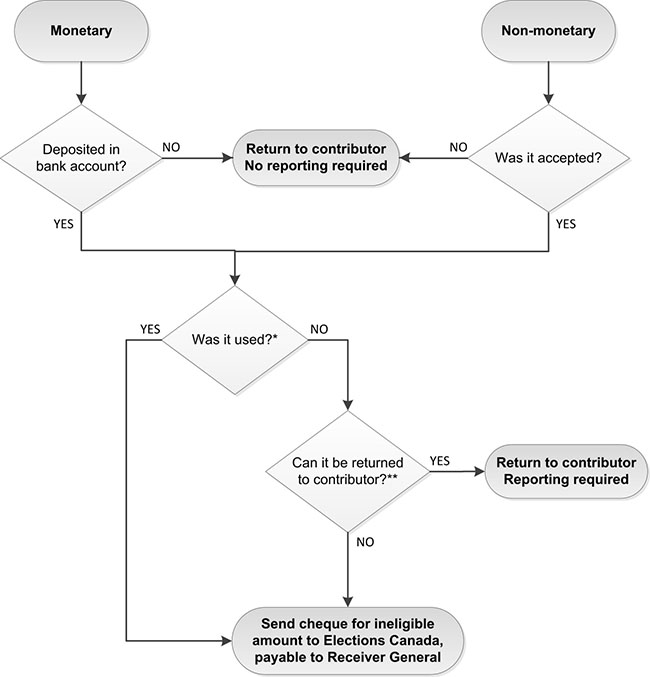